Beyond Spreadsheets: The Storied Side of Persuasive Communications 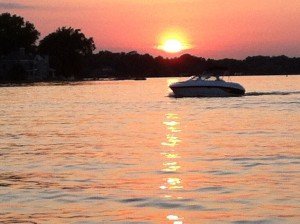 A year ago, my lay-off and retirement from General Mills triggered the need for my husband and I to find a new financial planning service. The process of gathering all of our financial data, interviewing financial counselors, and grappling with the uncertainty of our future was daunting and depressing. For me, personal financial planning and money management is similar to how many people feel about following a diet. And my husband likes it even less than me! But my upbeat and always optimistic friend/colleague, Kjirsten, recommended that we try her counselors, Mike and Steve, evangelizing, “I just love working them.” For someone who is more right brain than me to say that she “loves” a financial planner, I trusted her recommendation. So we met with Mike and Steve. In our first meeting, before delving into the financial planning packet and documents we’d compiled, they spent a lot of time asking us questions about our hopes and dreams for the future. They took time to learn that we like skiing and boating, and that we have a pipe dream to someday live on the water and have a timeshare or condo in the mountains. They learned that we have three kids – 21, 17, and 15 – who we want to launch into adulthood and support their education to achieve success. Their story listening skills brought our personal financial story into focus, which has become the centerpiece of our planning meetings. A year later, due to crazy life logistics, when we met with them today, we needed to have our 15-year old son — with his crutches and guitar in tow — sit in their lobby while we met. Before starting our meeting, they took time to learn about his music, look at his guitar, and express sympathy for his sprained ankle that was keeping him out of baseball. Entering our meeting today, the first agenda item was revisiting our hopes and dreams grounded in the stories we’d told them.

Peter Guber’s book, Tell to Win, tells a story about how spreadsheets, facts, and business analysis failed to convince the mayor of Las Vegas to partner with his company, Mandalay Entertainment, to build a new state-of-the-art ballpark for the LA Dodgers Minor League team he owned. This failure triggered Guber to reflect on the success he’d had selling the same idea into Dayton, OH, where he’d convinced the city to build a “Field of Dreams” to bring suburbanites into the city for a family experience.  He realized that he had failed . . . to grasp his audience’s interests . . . listen to his audience’s values . . . and tell a compelling story.  As a former filmmaker and CEO/Chairman of Sony Pictures, he knew that if “you miss the audience’s heart, the only wallet that gets hit is your own.” He knew that the heart is always the first target in story telling. His Las Vegas strike-out suggested that this rule went beyond show business. He wondered, “what if reaching the audience’s heart was critical to winning in every business?” So he embarked on a journey to explore the use of stories to persuade and influence in business. He interviewed an impressive set of business leaders in and outside the entertainment industry to see how his epiphany resonated with them. His number one lesson was to distinguish a data dump from a well-told story. “Stories are not lists, decks, PowerPoint, flip charts, lectures, pleas, instructions, regulations, manifestos, calculations, lesson plans, threats, statistics, evidence, orders, or raw facts. These non-stories provide information, but stories have the power to move people’s hearts, minds, and feet.”

Guber’s work has been authenticated by literary scholar, Jonathan Gottschall, which he shares in his article, “Why Storytelling Is the Ultimate Weapon.” Gottschall, who uses science to try to understand the power of story in human life, believes that Guber and his allies have arrived through experience at the same conclusions science has reached through experiment. “Psychology has begun a serious study of how stories affect the human mind. Results repeatedly show that our attitudes, fears, hopes, and values are strongly influenced by narrative. In fact, fiction seems to be more effective at changing beliefs than [communicating] through argument and evidence.”

What can health communicators and marketers learn from Guber and Gottschall? I argue that evidence-based health communications are not enough. Don’t get me wrong, health communications need to be grounded in science, but facts and evidence alone do not persuade people to change their behaviors and beliefs. We need to put our science into a story framework with characters, tension/drama, resolution, and a moral message in order to move our audiences into action.

My son, who is temporarily disabled with his ankle sprain, dreams big about baseball and guitar. These hopes and dreams motivate him to practice every day and follow his coaches’ and teachers’ guidance to achieve his best. Maybe some day he’ll produce music, tell stories, or play ball with the likes of Peter Guber!

If financial planners can incorporate hopes and dreams into a spreadsheet conversation, so can dietitians and health communicators.