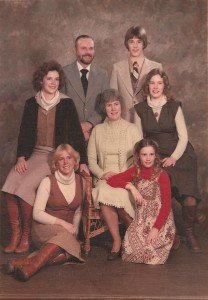 Back in the 70s, my parents received a coupon for a family portrait sitting and decided to herd the seven of us down to Ellickson’s, the local portrait studio. I remember being in college struggling to find something other than jeans to wear. Even though we weren’t given any guidelines, I showed up in a cowl neck sweater and boots to find two of my sisters dressed similarly. Check! The sitting was uneventful, but when the proofs arrived a few weeks later, the battles began. No one could agree on which picture represented our family in the most flattering light.  I didn’t like my hair . . . several people criticized that Chrissy’s dress was too busy . . . my mom wished that she’d worn boots to match the rest of us . . . Johnny’s eyes were closed. After a swirl of controversy, my parents shoved the proofs aside and let go of the idea of a family portrait. Several months later, my mom was driving past Ellickson’s and saw a very large portrait of our family beautifully framed and displayed in the window. She stopped the car, parked, and went inside to inquire (curious, but also smelling a bargain). They told her that it was such an appealing example of a family portrait, they had decided to feature it on display. And, “Yes, they’d be happy to sell it to her at a discount when the display was over.” For months, strangers would approach her around town and say, “Oh you’re the mom of the beautiful family in the portrait displayed in Ellickson’s window.”

There are a lot of lessons in this story. “Beauty is in the eye of the beholder.” “We are harder on ourselves than others are.” “Don’t let the perfect get in the way of the good.”

This last lesson makes me think about situations when I’ve worked on teams that have struggled to reach consensus on how to advance cutting-edge projects. Seeking perfection and unanimous agreement, the team swirls in indecision and eventually the innovation withers and dies. But time passes and one day someone on the team discovers that another company, team, or organization has brought a similar idea to fruition. By this point, the team has dispersed and any potential momentum has dissipated, but a few members mumble to each other, “Remember how close we were . . .”  “If only we had . . .”

The serendipitous ending to my family’s portrait story is not the likely reward for dysfunctional decision-making in teams (or families). But what can we learn from this story to overcome common barriers to innovation?

In 2008, my family took another portrait for my dad’s 80th birthday. By this time, our family had grown to 20. With a little advance planning, we pulled off a coordinated color scheme. On the back-end, I don’t recall any controversy about which picture to choose.

Like my family, teams can learn to overcome innovation pitfalls and get better at orchestrating collective decision-making. We all strive for our work and lives to be “picture perfect,” but a little imperfection can be a beautiful thing. 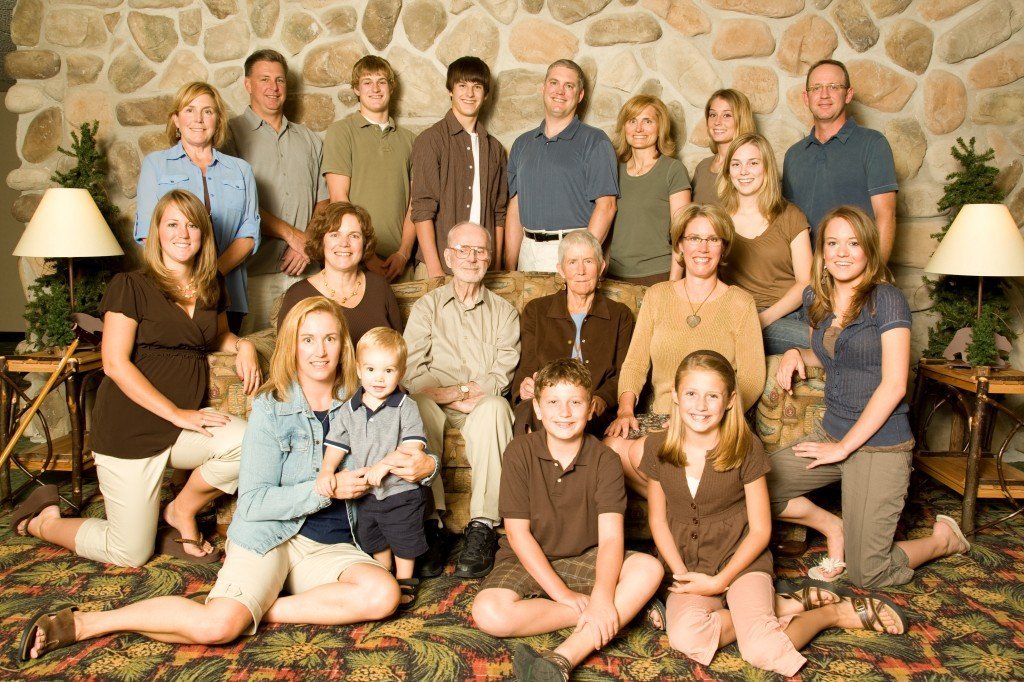