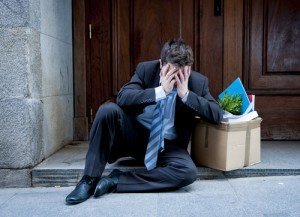 After one of my storytelling workshops, a participant handed me his business card and invited me to call him because he wanted me to share his story. Anonymity is important to him, so let’s call him Mike.

Sixteen years ago, Mike was a rising star as a design engineer. He was being groomed for advancement with high-profile assignments and access to leadership. He thought he was invincible and headed for the fast-track to the top. In late-November, he received a humorous, but off-color holiday message from a college buddy. A colleague looking over his shoulder as he opened it, asked for him to forward the message. Thoughtlessly, he sent it on … Laugh! Click! Send!

Three months later, on an overcast day in February, Mike was called into his boss’s office and confronted with this e-mail message, which unbeknownst to him had been forwarded around the company. Mike couldn’t deny that he had brought an inappropriate communication into the company’s system. He was sent home immediately … put on temporary leave … and waited with knots in his stomach for three days until he learned that he was terminated. It was torture to go back in to meet with HR and pack his desk with Security watching. Part of him wanted to lose his temper and fight it, but he knew in his heart that he was wrong. He swallowed his shame, admitted his mistake, and graciously left.

Mike found another job, but maintained his network in the old company. Six years later, he had a chance to apply for another job with the company. He was hired and has been there for 10 years. Reflecting back, Mike would like others to learn three lessons from his humiliating experience:

Mike gives us a gift of insight this holiday season. He shares a painful tale that starts with carelessness and insensitivity, and ends with humility, compassion, and wisdom. Many people spin downward after an experience like this. Mike found a way to choose the high road after making a foolish – even low road – choice. All of his lessons are empowering, but let’s explore the last one further.

I see Mike’s story as a transformational journey from a pitfall to renewal with greater wisdom. Have you ever transformed after a terrible experience? What did you learn?

Wishing everyone joy, peace, and happiness this holiday season.