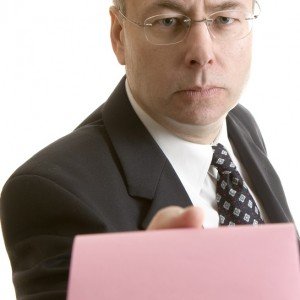 Instead of checking my email before work, I called my mom to wish her happy birthday. When I walked into the office, I could tell something was odd. My boss walked past me without greeting or eye contact. Looking out at the sea of cubicles, I noticed that everyone had their heads down, and I felt a tension in the air. A shiver ran up my spine as I opened my email and saw a message from the CEO, announcing that 11% of the US workforce would be laid off. Later that day, when the SVP of our function outlined his vision for the reorganization, I saw the writing on the wall that the team I was leading would be eliminated. It wasn’t hard to fill in the blanks … I gave it less than 20% chance that I would remain in my current role and less than 5% that I’d land in a position aligned with my passions and talents. After an anxious, unsettling three weeks, I was laid off.

Initially, I was relieved … to have resolution … and to be released from a job that was not energizing me. But over the next year, I experienced a sea of emotions. I was excited about the change and the opportunity to pursue my dream of becoming a consultant again. But I also experienced a series of “emotional riptides” that came out of nowhere and sucked me into a dark place. My friends, family, and close colleagues helped me navigate the rough waters. My hopes and dreams became my buoys. My goals and plans propelled me forward. Losses were replaced with new opportunities. My severance period became a sabbatical … a chance for professional training, personal growth, and renewal. Three years later, the riptides are gone, my new routines are settled, and the disruption of this change has faded into the past.

Revisiting the blog I wrote in 2013, one year after my lay-off, When Opportunity Is Disguised as Loss, I’m reminded of the intense change that the lay-off brought to my life. My emotions have mellowed with time, but three lessons about turning adversity into opportunity still resonate.

As I travel this week to deliver a storytelling workshop at a Fortune 500 company, a new shiver runs up my back … the thrill of actualizing the dream that resulted from my lay off. While I love the life of a consultant, it is not always a rosy path. I go through dry spells when the phone doesn’t ring, I write proposals that get rejected, and sometimes I get flooded when several projects come in at once. My transition lessons help me ride the peaks and valleys of a consultant’s world … the biggest gift is that instead of experiencing panic and anxiety during the slow periods that feel like “mini-losses,” I’ve learned to use these seasons to recharge and invest my energy in my next pursuits.