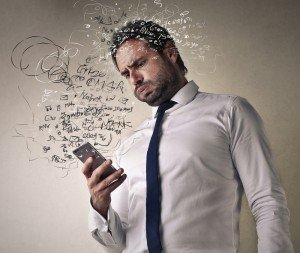 Her nickname was “Switzerland,” which she earned by staying calm, rational, and neutral during conflict. These traits made her the perfect fit for her role in leading the department of consumer complaints. When “Dr. Divergent,” a senior PhD statistician, started working for her, she told him, “I’d like you to bring a typed agenda to our updates.” He complied for a while, but over time shifted to hand-written notes, then post-its, and eventually just updates “on the fly.”

Four years in a row, she delivered the same message in his performance appraisal: “You need to get more organized.” So he put together development plans that included taking courses on project management, like “Getting Things Done,” “Organization for Dummies,” and “Using Your Franklin Planner.”

In the fifth year of working together, they were half-way through his performance appraisal when she said, “You will notice that I didn’t include ‘getting more organized’ as a development area this year.” Thinking that maybe the classes had worked, he started to puff up his chest when she continued, “This is not because you have made any improvement. I just realized that if I attempt to make you like me, you would not be able to contribute what you can uniquely offer to the organization.” She went on to explain that he was to hire an assistant to do the stuff that needed to get done like balance the budget and process expense reports. Within a week he became one of the more junior employees in this Fortune 500 Company to have an administrative assistant.

But her gift came with a challenge: He was to build a world-class statistics department that created value for the business. She said that she would evaluate his performance by interviewing six key stakeholders at the end of the year to determine if he was achieving this goal.

His performance jumped to a new level. Focused on a motivating goal and freed of organizational tasks that were difficult for him, he went above and beyond to advance strategic initiatives that aligned with his talents. Over time, Switzerland had him take on some of her strategic work, and they developed a harmonious and productive reporting relationship that continued for four more years.

This story has a happy ending because Switzerland was able to flex her management style to leverage an employee’s talents and mitigate his flaws. It illustrates a real-life example of Fiedler’s Contingency Leadership Model – a theory that is widely applauded, but not as frequently practiced. So what can we learn from how Ms. Switzerland managed Dr. Divergent?

One might argue that Divergent should not have been rewarded with a “free pass” on managing details and that organizations cannot afford administrative support staff for senior scientists. But if you look past these philosophical debates, the value of this true story is that leaders can’t fix employees’ innate flaws, but they can unleash productivity and achieve results by focusing on strengths.

Epilogue:  Dr. Divergent is eternally grateful to Ms. Switerland. Her tolerance for his weaknesses has fundamental changed the way he works with others. He strives to live up to her high standards and acknowledges that it is a constant struggle to fully appreciate the strengths of people that prefer structure and order.