How I Knew I’d Found My Tribe 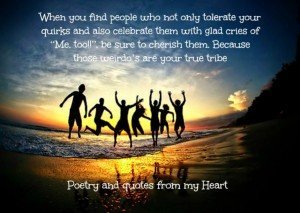 When I was finishing my master’s degree in adult fitness–cardiac rehabilitation in La Crosse, Wisconsin in the fall of 1981, I was struggling with how my dietetics degree would fit into the next chapter of my career. While I liked nutrition, the traditional “hair net” or “lab coat” (food service or clinical) jobs did not appeal to me. Leafing through the member newsletter from the American Dietetic Association, I saw an announcement that some dietitians were forming a practice group in Sports and Cardiovascular Nutrition and needed signatures for a petition. The group would be called SCAN. I didn’t know it then, but that was when I found my tribe.

Shortly after signing the petition, I reached out to one of the founders, Marilyn Schorin, and invited her to work with me to develop a SCAN session at the spring conference for the American College of Sports Medicine. She wholeheartedly agreed, and six months later I met my first SCAN colleagues. They weren’t like any other dietitians I’d met so far; they were like me!

Later, when I was moving to Dallas to work at the Cooper Aerobics Center, I reached out to Georgia Kostas, who was the nutrition director at the Cooper Clinic. Georgia warmly welcomed me to Dallas and the Aerobics Center – she even located an apartment for me so I had a place to live when I arrived. Who does that for a colleague you barely know? Someone in your tribe.

Over the next 10 years, SCAN became a focal point for me, and through my volunteer work with SCAN, I met hundreds of dynamic dietitians who shared my passion for pursuing a blended career in nutrition and exercise/fitness. I grew as a leader and formed lasting friendships. Shortly after serving as chair, I began to have babies and SCAN took a back seat to raising my kids and doing my job … 20 years flew by.

Again, I was struggling about my next career step and wondering where nutrition fit into it. I heard that SCAN was organizing a 30th Anniversary Celebration and a little voice inside told me to raise my hand and help. That decision – just like signing the petition in 1981 – began a new SCAN chapter in my life. I’m now serving on the Executive Committee again, and I recently participated in an executive retreat with SCAN’s current leaders. Different SCAN members, but they are still my “peeps.”

The juxtaposition of my early- and late-career SCAN experiences leads me to ponder what it means to find a tribe.

In his book, Tribes, and TED presentation, “The Tribes We Lead,” marketing guru Seth Godin talks about social marketing tribes and how leaders build movements by telling a story, unifying disconnected groups, and channeling collective energy toward a cause. He describes leaders of social tribes as those who challenge the status quo and build a new culture by inviting people into a “secret handshake” (rituals/norms unique to that group) that makes them feel like they are part of something that matters. Godin’s principles somewhat parallel my experience with SCAN.