A Guitarist Was Born On my 40th birthday, I told my husband (Jay), “I’d like to start lifting weights and take guitar lessons.” Surprised to hear those words coming out of my mouth, he asked me why I wanted to become a strong guitar player? I reasoned … if I’d started practicing skills that didn’t come naturally 20 years earlier, perhaps I would have achieved a modest level of competence in them. I was always scrawny and weak … and tone deaf. My idea was that by the time I turned 60, perhaps I’d be able to play a musical instrument and have more overall body strength.

A friend lent me a guitar, so I took lessons for about a year. Our third child, Jackson, was born. Shortly after that, we moved from upstate New York to Minneapolis, and I started a corporate job. The borrowed guitar was returned; I settled into the crazy life of a working mom.

Ten years flew by. I didn’t play guitar anymore. And I never started my weight-training program. But 9-year-old Jackson, who had been taking piano lessons for four years, was begging for a guitar. Grandpa Jack (my dad, a retired professor and self-taught musician) bought Jackson his first guitar. A few weeks later, at my 50th birthday party, Jay stopped the dancing, grabbed a microphone, and told the story about my 40th Birthday Goals. Then Jackson walked through the crowd carrying a guitar wrapped in a big bow. He looked up at me and said, “Dad thought we could take lessons together.”

With 65 witnesses, it was hard to weasel out of taking another swipe at learning guitar. But I found a deeper motivation in Jackson’s eager face and the shared experience of learning guitar together. We hired Jason to come to our house for lessons. We even performed in a recital together. About nine months into our lessons, I was very proud to show Jason my progress in plucking out the melody to “Amazing Grace.” Halfway through the first verse, Jason turned to Jackson, “Hey dude, do you want to play the pentatonic scales?” The two of them started to improvise the blues. At that moment, I knew that I would only hold up Jackson if we continued lessons together. 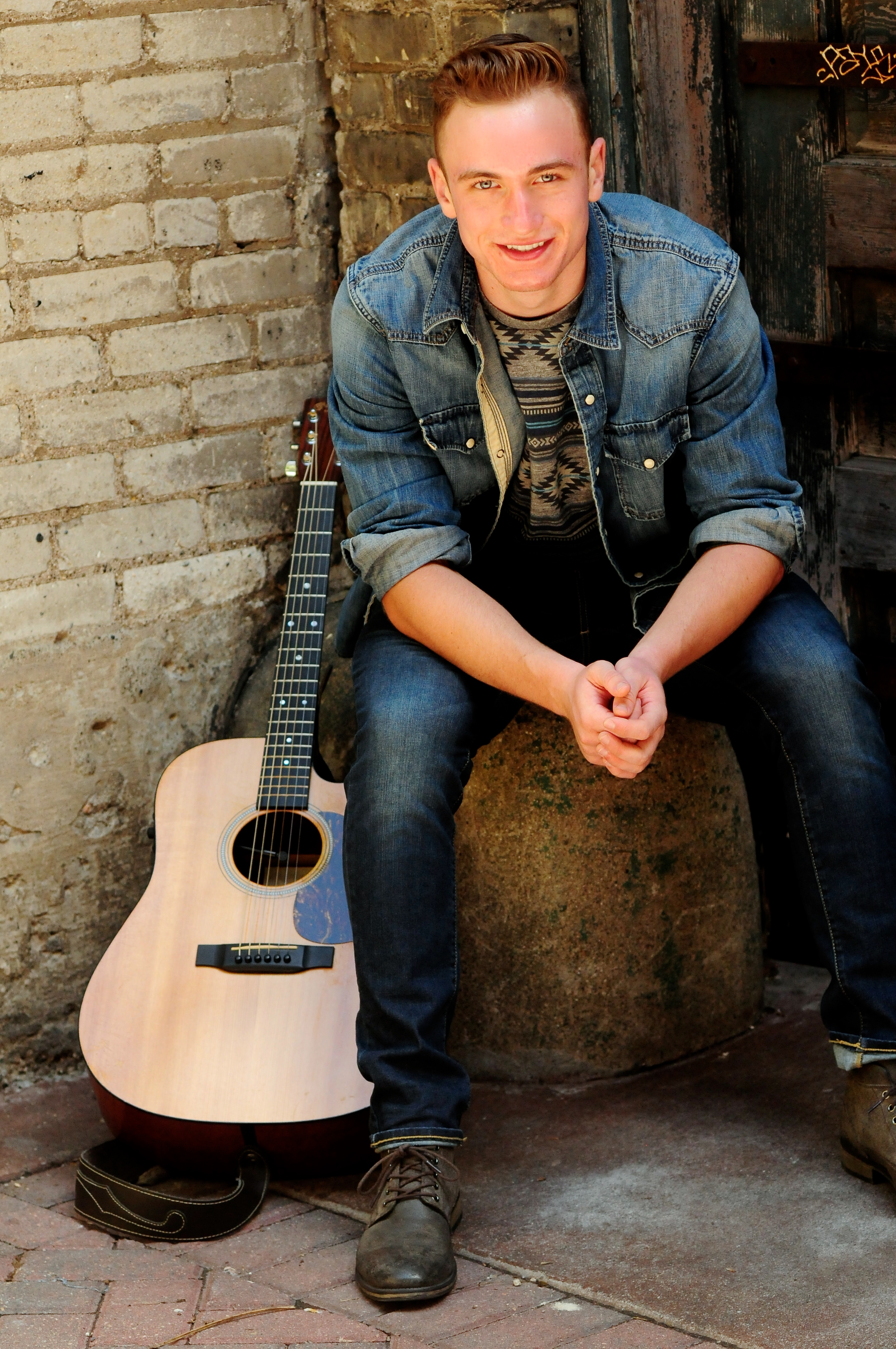 Over the last decade, Jackson passionately developed his natural gifts in music to become an accomplished guitarist and singer/songwriter. I started practicing yoga and have more body strength. A month ago, Jackson left for college with three guitars, two amps, and a pile of performing gear to study engineering at the University of Denver. His goal is to find a way to merge his passion for music with his aptitude in math and science. An internship at Bose or Fender would be nirvana!

I didn’t become a musician, but I gave birth to one. Happy Birthday Jackson! Keep writing songs. Perform. Sing for me. And live a life full of music!

Milestones offer the opportunity to reflect on where we are, where we’ve been, and where we’re going. Goals and accomplishments simmer to the surface. Hopes and dreams come into focus. Looking back, I chuckle about the flaws in my 40th Birthday Goals. They didn’t materialize the way I imagined, but I learned from the experiences set in motion by verbalizing my goals.

Be Careful What You Wish For—Or perhaps…be careful who you tell. Once I articulated my goals, they took on a life of their own. Standing in front of my friends on my 50th birthday, I wished I could have swallowed my words. Now 10 years later, I’m actually happy that Jay ran with my guitar-playing aspirations and that I gave it a second attempt.

Dream Big and Start Small—As a working mom with small kids, I was overzealous to take on two lofty goals at the same time. It’s no wonder that I never got started on one and my attempts at the other one frittered out. Big dreams can inspire growth and change, but stretch goals need to be tempered with a dose of reality and broken into smaller steps.

It Takes More than Passion and Talent—Jackson was passionate about guitar from the minute he got his first one. We never told him to practice, yet he played for hours a day with focus and intensity, especially when learning something new. In the last 10 years, he’s practiced close to two hours a day. This puts him almost 75% of the way to Malcolm Gladwell’s 10,000-Hour Rule (it takes 10,000 hours of disciplined practice to be come world-class in any field).

Serendipity—In an indirect way, my goal brought guitar music into our house. But it was through Jackson rather than me. I lacked both the talent and the time to master guitar, and without those two elements I couldn’t develop enough skill to become passionate. Fostering Jackson’s passion and talent ended up being a better outcome.

“We must be willing to let go of the life we have planned so as to have the life that is waiting for us.” —Joseph Campbell