10-Year Reunion with My Birthday Band On a steamy day in the summer of 2006, we were boating on Lake Minnetonka with our kids and family friends—Kathy, Dave, and their daughter. Kathy got me musing about plans for my upcoming 50th birthday on October 30. I imagined a Halloween dancing party with live music, but was stuck on where/how to find a band that plays dancing music from 60s, 70s, and 80s.

After a long day in the sun, the kids begged to have dinner at our favorite restaurant on the lake. The sky was starting to glow from the setting sun and an acoustic rock band was playing when we settled into the outdoor seating area overlooking the water. Soon we joined the crowd dancing on the deck. I looked at Kathy and she nodded, “This band would be perfect for the party.”

I sashayed up to the lead singer, John, and asked if we could hire them to play at my Halloween/Birthday Party. He said, “Yes!” And the price he suggested was affordable. My husband, Jay, took over coordinating the logistics with John. During one of their conversations, Jay asked if our friend, Doug, who is a talented singer/guitarist, could play a few songs with them. John amiably agreed. 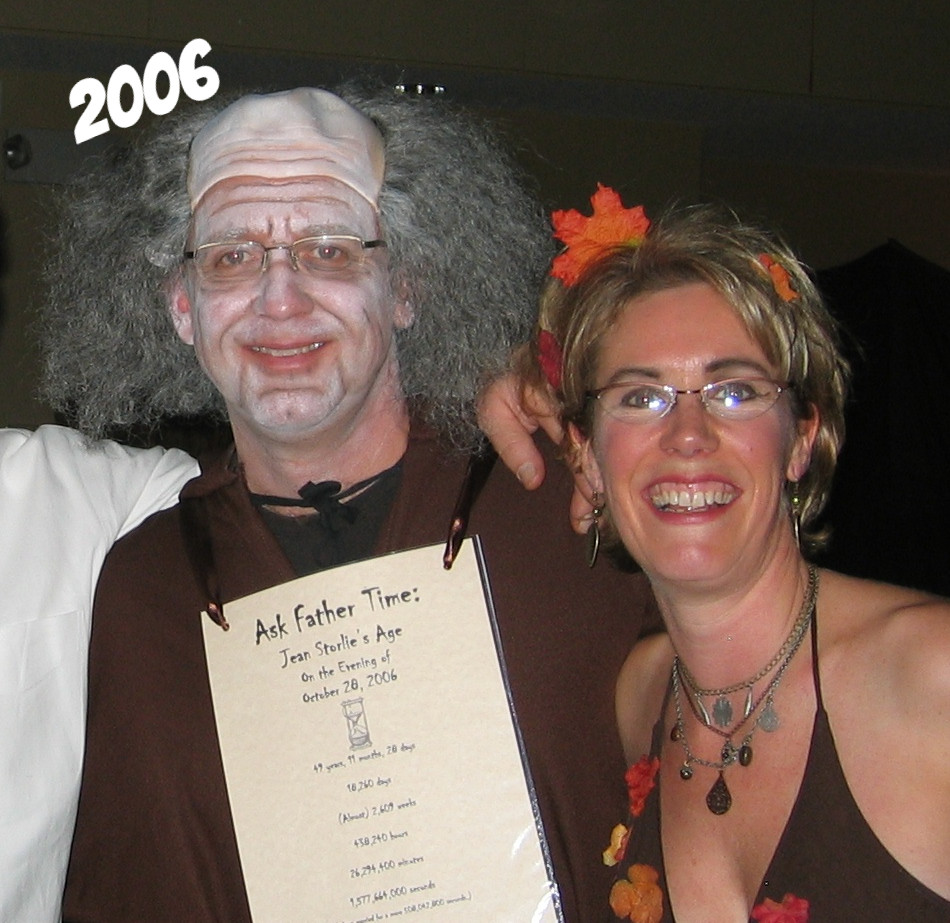 The party was a smashing success with a collection of costumed characters who packed the dance floor. Doug ended up playing with the band all evening, and they left with plans to get together to jam again. They have been making music together for the last 10 years and have even written some original songs together.

It was only fitting to invite them to play again at my 60th birthday party last weekend. After their opening song, I grabbed the mic and told the story about how we found the band. John added his perspective, “When Jay (AKA Father Time) asked if their friend could play with us, I agreed but was skeptical about how it would work. But meeting Doug at Jean’s party changed my life.” 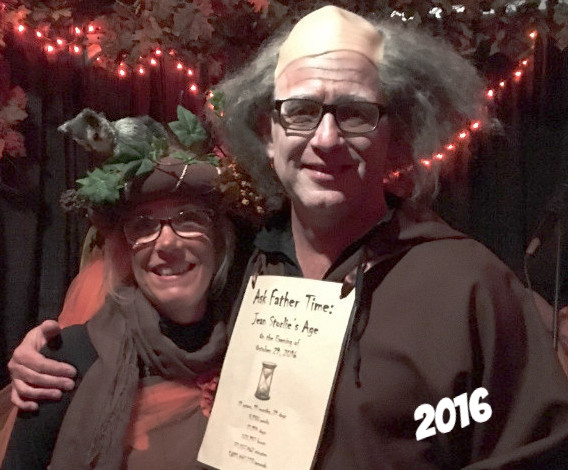 Dressed again as Mother Nature, I turned the crank on another decade while dancing to music by My Birthday Band in our garage (disguised as a night club). Some things have changed in the last 10 years, some things never will. I’ll always love dancing and Halloween with (Father) Time on my side.

With a birthday on Halloween Eve, I’ve always expressed my spooky spirit with over-the-top decorations, costumes, and goofy antics. Our house was Halloween Central when the kids were little. Some years, I brought my spirit to the office with a cape or hat and wave of my wand. So it’s no surprise that I marked the rite of passage into my 7th decade with Halloween frivolity. And it tickles me that my Halloween spirit brought people together to make music and entertain others.

Value Being a Connector—I knew that John and Doug had become close friends and loved playing music together, but I didn’t realize that the introduction meant so much to John. It feels good to facilitate new relationships, but in this case I was given the gift a reunion with My Birthday Band. The next time you hesitate to introduce people who might benefit from knowing each other, remember this story. You never know what might come of the new relationship.

Open Up to Possibilities—Had John listened to his inner critic and squelched the idea of letting Doug play with their band, how might their lives be different? The creativity that has flowed from their relationship is magic and the pleasure it has produced is priceless. If you feel that you don’t have time to meet new people, pause and think twice. We are never too old to make new friends.

Music + Dancing + Fun—This simple formula lifts my spirits and keeps me forever young.
If you like this Halloween story, you may enjoy reading about another one of my Halloween escapades: “Don’t Let Other People’s Inhibitions Stifle Your Creativity.”