Lessons from Croup and Captain Hook 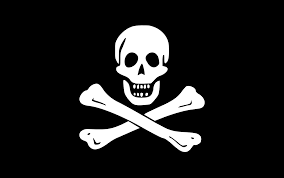 Four-year-old Jackson sounded like a seal barking as he called from his bedroom one wintery Sunday afternoon. I’d put him down for a nap an hour earlier and hoped sleep would curtail his cough. He was frightened and struggling to breathe. A call to our doctor: “hang up and dial 911.” The ambulance arrived in no time, and medics whisked Jackson outside into the cold air, which quickly improved his breathing. Although the immediate danger had passed, he still rode by ambulance to the ER—which was both scary and thrilling for him.

Croup under control, Jackson was discharged a few hours later. We were instructed to keep him home for two days and given a prescription for albuterol to open his airways. Jay was traveling on Tuesday, so he took the Monday “sick-kid” shift and I went to work. When my shift rolled around, Jackson was feeling better and his abundant energy was restored—plus the albuterol was revving him up more than normal. 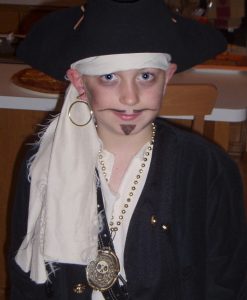 Unfortunately, I was starting to come down with cold/flu symptoms, so I set us up in the family room and plugged Jackson into his favorite movie, Peter Pan. The day wore on, as I lay on the couch shivering with a fever while Jackson became even more imaginative and rowdy. Dressed up like Captain Hook with a hanger up his sleeve, he was jumping around me shouting, “Mr. Smee! I say Mr. See, Get me some water,” and “No! No! You idiot! I said nothing of the sort.” I could barely move, yet less take care of a rambunctious toddler and two more kids who were due home shortly.

Desperate, I called in some favors with my girlfriends who chipped in to help me out the next couple of days until Jay got home and I recovered. This little drama has become part of our family narrative. And I will never watch Peter Pan again without remembering this episode.

A few weeks ago, I saw the musical, Peter and the Star Catcher, a prequel to Peter Pan. Sitting in the theater, I was on the tail end of a chest cold/flu, suppressing the remnants of my cough. Memories of Jackson morphing into Captain Hook, who turned me into Mr. Smee, floated into my mind as I watched the play.

Sometimes, life deals a blow that wipes us off our feet for a few days or longer. Modern day “pirate attacks”—like illness, injury, needs of loved ones, bad weather, technology glitches, or travel delays—suddenly knock us off course. Random bad luck often comes when we are already stretched thin. So how do we absorb one more challenge? After sifting through my treasure chest of memories … Captain Hook, Mr. Smee, and the Croup offer a few insights:

You Have to Let Go—No matter how much you want to take that trip, attend that meeting, go to your kid’s game, or meet up with friends, sometimes your body needs to retreat and rest. It’s hard to stop life and surrender to illness, but sometimes we have to accept that we are not in control.

People Will Help if You Ask Them—My girlfriend, Barb, rescued me with her phone call. She’d heard from the neighborhood gossip channel that I was having a hard time. She chastised me for not reaching out sooner and stepped in to help. She cracked my shell … so I asked a few other friends to help. People were more than happy to lend a hand. But they couldn’t have known how to help if I hadn’t asked. Very few people will knock you over the head with an offer to help. Meet them where they are able to help.

Villains Are Smaller than We Imagine—Captain Hook, with all his bluster and abuse could not dominate Peter and the Lost Boys because they had created a world where their imagination allowed them to soar. Keeping the challenge in perspective and imagining possibilities, we can shrink a problem into tangible solutions:  1) define the root cause, 2) generate solutions, 3) be deliberate in choosing a solution, and 4) advance well-conceived plans.

What About Happily Ever After?—Occasionally an episode like Jackson’s croup escalates into a life-changing event. But more often these events fade into annoying disruptions; we deal with the setback and move on. It’s not easy to be “happy” while in crisis. And, we never know when the pirates may return. If Peter Pan could sprinkle pixie dust on our adult problems and take us to imaginary places … like a world where we never have to grow up. Not real, but it puts real life into perspective.

“Pass the second star on the right and go straight on ‘til morning!” –J.M. Barrie