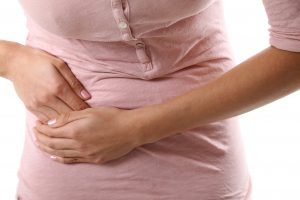 Lying in bed the evening of New Year’s Day 1999 in a hotel room, I palpated my abdomen and had a sinking feeling … something is really wrong. We were on a house-hunting trip to move our family with three small children (15 months, three years, and six years old) from Ithaca, NY to Minneapolis, so I could take a job with General Mills.

I’d been feeling lousy for the last three days, dragging through houses and agonizing over the decision about which home to buy—with only one week to make this major life choice. Fortunately, we had signed a purchase agreement earlier that day and welcomed the New Year with a sigh of relief. As my family slept contentedly, my instincts were telling me that I couldn’t ignore the pain any more. Outside, a blizzard was raging through the plains—hitting Minneapolis hard.

I woke my husband, Jay, and told him that I needed to call a doctor. We dialed our family doctor’s office in Ithaca, which rolled into Dr. Ferger’s home phone. He answered the phone. (At age 70, he did not believe in answering services or machines when he was on call.) After explaining my symptoms and our situation, he hypothesized that I had a rupturing ovarian cyst or appendicitis. Either way, he advised that I needed to get to an ER as soon as possible.

Jay and I stared at each other. What were we going to do? Wake up the kids and take them with us to the ER? Should I take a cab to the ER by myself? Ask the hotel staff to watch our kids so Jay could drive me to the ER? Instead, Jay called his high school/college friend, Jurgen, who lived close by. Jurgen came to spend the night in the hotel room with our kids.

The wind howled and snow pelted our car as we drove to the hospital, navigating unfamiliar roadways. When we arrived at the ER, I explained Dr. Ferger’s assessment—before I knew it, I was whisked through triage into an exam room. The doctors quickly determined that my appendix needed to come out tonight. In the wee hours of January 2, 1999, I had an appendectomy, which punctuated the beginning of a year of drama and change. 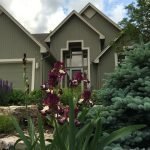 major life transition suddenly became more challenging … Complications extended my hospital stay to five days. A mean nurse, lousy food, and worries about my family in the hotel added to my anxiety and discomfort. Jay’s parents came to help him with the kids and get them on a plane home. Finally, discharge day dawned with a bright blue winter sky. Our realtor picked me up from the hospital and drove me to the airport, where we discovered that my flight was cancelled due to mechanical problems. She took me to her home, made me chicken noodle soup, and put me to bed. Later that evening, she drove me back to the airport and got me on a plane.

The next month brought a whirlwind of logistics to manage while keeping our family and household together. Friends and neighbors pitched-in to help with childcare, food, and laundry, while I recovered and orchestrated the details of our move. A month later, we said a bittersweet goodbye to Ithaca and began a new life in Minnesota.

Twenty years later, we still live in the same house, but our kids are grown and I no longer work for General Mills. New Years Day 1999 seems like a lifetime ago … yet I remember the details vividly  … like it happened yesterday.

Grateful for the Angels 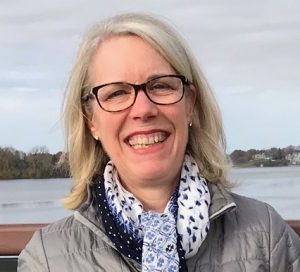 Despite the curveballs and challenges of my appendicitis attack in the midst of move across the country, there were many bright spots in that episode. During every crisis, someone came to our rescue. We are forever grateful for their help.

Family and Friends—Jurgen saved us from making a hard choice about how to care for our kids in the middle of the emergency. Jay’s parents rushed over from Wisconsin to help, once they heard about our predicament. Our friends in Ithaca provided immeasurable support—emotionally and logistically. We are truly blessed to have had them in our life at that critical time and will always fee grateful for their help.

Healthcare Providers—Dr. Ferger may have saved my life by being accessible in the middle of the night. His sage advice to get to an ER despite the blizzard and three kids in a hotel ended up being a life-or-death decision. The triage and surgical staff were outstanding. Putting the mean nurse aside, I received immediate and high-quality medical attention.

Community—Within a day of our return, members of our church in Ithaca had a care plan in place for meal delivery that continued for weeks. General Mills rearranged our travel plans, covered cancellation fees, and upgraded me to first class, which removed considerable stress and anxiety. They also sent in crews to pack and unpack our belongs. That was a godsend, since I couldn’t lift anything over 15 pounds for two months.

Random Acts of Kindness—Starting with our realtor … What a kind and generous person to take a client, whom she hardly knew, into her home. On the flight to Ithaca, which was fraught with further delays and a turbulent jet stream, I sat next to a funny, friendly woman who cheered me up during the agonizing flight home. When we landed at 1:00 AM with the airport shuttered, she drove me home. She also became our temporary nanny for our last month in Ithaca.

Today, Minnesota swears in a new governor while I finish this essay and flashback to 20 years ago, when I lay in the hospital bed watching Jesse Ventura’s inauguration as Governor of Minnesota, thinking, “What kind of a crazy state are we moving to?!”  Now, we proudly call this state home.

“We must be willing to let go of the life we’ve planned so as to have the life that is waiting for us.” —Joseph Campbell