The Once Upon an Innovation Story 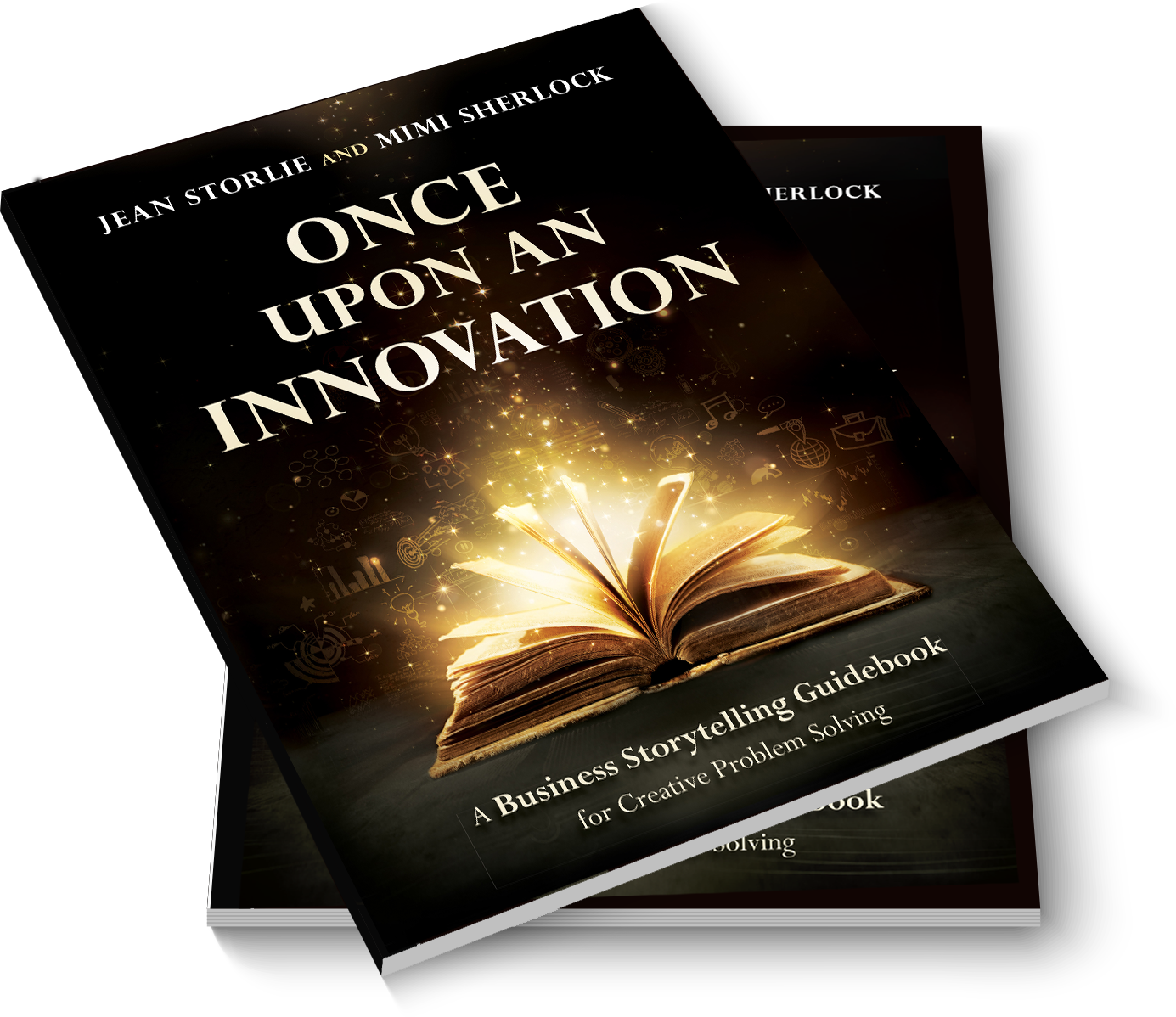 My story about writing Once Upon an Innovation is more like a chapter book than a simple narrative. Each leg of the journey involved creative challenges, obstacles to overcome, and lessons learned. There were many twists and turns along the way. Reflecting on this journey, I realize that at the same time I wrote Once Upon an Innovation I was living the process described in the book. So, I’ll use elements from the book’s framework tell my book-writing story.

In January 2016, I had decided to write a book. My first outline was a brain dump of everything that I’d learned about storytelling and its applications to business. But the muse did not come. I’m glad I didn’t slog ahead with uninspired writing. Instead, from January through October, I set aside the writing challenge and took a deep dive into the conceptual and strategic issues. In April, I sat in a bar in Vilnius, Lithuania with Claire Taylor, at the end of a storytelling conference where we’d both presented. I shared my vision for the book, and she replied in her beautiful Irish accent, “I can’t wait to read it.” In that moment, I realized that my vision for the book had potential. As is often the case, an initiative starts with a blurry vision which becomes more clear after a period of exploration and research.

My decision to spend time exploring the landscape not only helped to clarify my vision, it also shaped the content and strategic role the book would play in my consulting business.  During my clarification stage, I emptied my bookshelves of storytelling and business books and arrayed them on the floor. Grouping them into categories, I took detailed notes. Web browsing and visits to bookstores and libraries rounded out my research. Many excellent books offer storytelling wisdom to journalists, marketers, and business leaders. And several business books give a nod to storytelling. But none of them connected storytelling to the innovation process. This unexplored territory got me excited … ideas started to flow. The vision I articulated to Claire was an outgrowth of this work.

During the clarification stage, I also conducted interviews with potential users and consultants/authors to glean deeper insights. Responses to the last question I asked in the consultant/author interviews were particularly illuminating and surprisingly consistent. “If you were to do it all over again, what would you do differently?” Most replied, “I’d write a shorter book.” I went back to my outline and slashed 80% of the content. My reworked outline eventually became the chapters in the book. And my business strategy became clear. Clarifying took over nine months, but when I finally started to write, the words flowed freely.

Shortly after I started writing, Mimi Sherlock and I began to collaborate on a workshop for the upcoming CPSI 2017 Conference. By that point, I had drafted three chapters and had outlined the rest. She was potentially interested in joining the book project, but all-in on the workshop. As a prolific ideator, Mimi brought new ideas and insights to the workshop design, which also helped me expand and refine the book outline. I can’t count how many times Mimi and I diverged and converged to develop the workshop—and later the book—through many, many iterations. Writing every chapter involved brainstorming and whittling. The same applied to all the artistic elements. Ideation also fueled business decisions, like “how to market this book?” As we converged around the thousands of questions, large and small, our ideation skills kept coming into play.

I employed approaches popularized through the Design Thinking model to develop the book: iterative prototyping and testing with users. At a very early stage, I collected input from several colleagues on a crude prototype of the book. The prototype included the outline, introduction, and rough drafts of two chapters with sample illustrations. I wrote the book manuscript using this prototype format rather than plain, double-spaced type. It was an unusual way to produce a book manuscript, but the visual elements were so integrated into the book’s concept that I needed to see the copy and illustrations come together as part of my creative process.

Mimi and I also tested the tools and techniques with professionals skilled in facilitation and creative problem solving at CPSI workshops in 2017 and 2019. Before advancing to professional editing, the first full draft of the manuscript went through a rigorous review by a panel of twelve early readers. Each interaction with potential users validated the concept and approach, revealed strengths and weaknesses, and illuminated the path forward.

I naively thought it would take six to twelve months to produce a complete manuscript. In reality, it took two and a half years. I maintained focus by disciplining myself to work on the book at least 20 minutes a week. I chose a very achievable goal so that I didn’t feel guilty or resentful if I was unable to meet a more aggressive goal. Many weeks I spent more time. In late 2018, just when I was hitting a wall in my writing marathon, Mimi joined my trek as a co-author. She brought fresh energy, new viewpoints, resources, and moral support. With her creative engagement, I dove into a writing tunnel. The next four months we talked weekly and I wrote 20-30 hours/week until we had a complete manuscript of Once Upon an Innovation.

Sometimes, it felt like the journey would never end. After every major milestone, we faced new hurdles and unchartered territory. Completing the first full draft (a major feat) was followed by three rounds of editing and revising (the most challenging step for me). During the editing phase, we also worked with contractors on the cover, interior design, and illustrations. When all these details were finalized, we mired in the tedious steps of securing permissions and documenting sources. Typesetting was another monumental task, especially because I decided to do it myself. Eventually, we passed all these milestones, plus innumerable rounds of proofreading and review.

Earlier this month—three years after our first CPSI workshop—we launched Once Upon an Innovation at the Virtual CPSI 2020 conference along with a virtual version of our workshop.

It always seems impossible until it is done.
—Nelson Mandela