The Day I Made Bode Miller Look Slow 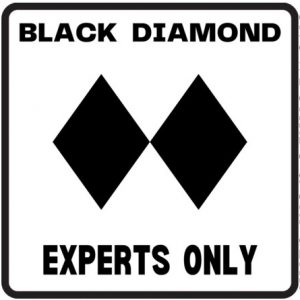 Trees were zipping past me a mile a minute. Everything was a blur. I was going really fast, too fast to stop. Where was the blue run my parents were talking about? I was really starting to worry. I started gaining speed. Now I was even having trouble turning. My heart was pounding really fast and loud. It was like a big bass thumping a tune. Snow was spraying in my face—it hurt like heck. It felt like someone was throwing tiny pebbles at my face. I couldn’t see much of anything either. But I could see just enough to make out a sign. All I could see were two shapes. What those shapes were, horrified me. They were two black diamonds!

This whole thing started at the top of the hill.  It was windy.  And when I say “windy,” I mean the kind of wind that will knock you off your feet.  It wasn’t only windy; it was snowing, and hard.  With my big puffy coat caked with snow, I’m sure I looked like a snow man. Being a stubborn, impatient five-year-old, I would not tolerate these conditions.  “Stop the wind, stop the wind!” I shouted.  Of course, no one could stop the wind, so I took off, and fast. I would regret this decision tremendously in a little while.

After I saw the double black diamond sign, I thought I was doomed. Oh, why hadn’t I just stayed at the top? Everything was happening so fast, and the hill just kept going and going.  I was so worried I didn’t even notice the fact that my fingers were as solid as sticks. Well, it looked like I was in no position to stop. I guess I’d have to ride it out. I looked down to see what I was up against. Boy, this wasn’t going to be easy. There were moguls, trees, and the hill was super steep.

I was passing lots of people and had a few close calls. They were all staring at me, their mouths wide open. After almost hitting a few trees, I was dangerously close to going into the moguls.  I could barely even tell what was happening. I was nearing the end of the slope. That was reassuring.  I started to relax a little, until I saw what was at the bottom: trees!

When I got to the bottom, I thought I was done for.  There was no hope; no way could I avoid those trees.  But then I heard a lady shouting, “Let yourself fall, let yourself fall!”  Why hadn’t I thought of that before?  I listened to her advice and let myself fall.

My mom finally caught up to me.  “Are you alright?” she asked. 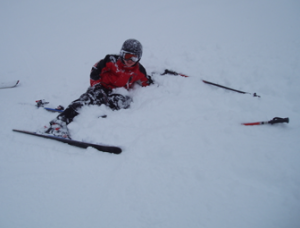 Just then, a man skied up and said, “You must have been going 50 miles per hour. You made Bode Miller look slow!”

People tell me I could have killed myself.  I know it was very dangerous, but I’m still proud of what that man said.  Not many people, especially five-year-olds, get to say that they made Bode Miller look slow—whether they were completely out of control or not.

Different Versions of the Same Story

In 2018, I published a version of this story (Miracle on Lazy M), told from my point of view. Then last fall, I discovered Jackson’s 11-year-old account of the same tale in his “Save Box.” When I read his account, my terrifying memories were replaced by a visceral understanding of how frightening it was for him.

Like the way a kaleidoscope reveals different patterns of the same image, various versions of the same story provide texture and nuance that deepens our understanding of a situation. In Once Upon an Innovation, we devote Chapter 3 to the use of stories during exploring and clarifying innovation challenges. We recommend collecting stories from a range of people close to an issue. In addition to gathering user stories, we suggest hearing from influencers and thought leaders, as well as employees, customers, and competitors.

Sometimes alternative perspectives contribute new color to the same story. Other times, they reveal an entirely new meaning or insight. When different perspectives of the same situation converge on the same experience, you probably surfaced key insight. If they vary widely, you’ve stumbled onto a tension or potential roadblock. These stories individually and collectively reveal the larger landscape that surrounds a challenge.

To help you use storytelling to clarify a problem:

One of the many choices a storyteller makes is determining from whose perspective a story will be told. Jackson and I tell essentially the same story. We both describe a terrifying situation. And the consistencies between our two versions validate what occurred. But that trip down the mountain feels very different if you’re inside Jackson’s head versus his mother’s.