“But He Hates Me” 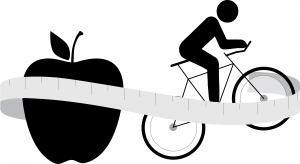 In graduate school, I worked as the nutrition coordinator for an adult fitness and cardiac rehabilitation program associated with a university. As a relatively new position in the organization, it lacked established processes. Bright-eyed, naive, and optimistic, I proposed lots of new ideas to enhance and expand the nutrition services. Phil, the director, who was also my thesis advisor, would grin and say, “Jean, you can do anything you want, as long as you produce more revenue than expenses.” Even though it was a nonprofit academic institution, I began to think like an entrepreneur.

While Phil supported my proposals, I experienced the opposite from Cliff, the adult fitness program manager. He resented my ideas and resisted any changes new programming would entail. At the time, I didn’t understand why, and I took his naysaying way too personally. Phil ran interference, and as a result, many of my ideas came to fruition. A couple years later, when I was setting up the thesis committee for my graduate research on a new weight-control program, Phil proposed that I invite Cliff to be on the committee. In shock, I asked, “Why would I put him on my committee? He hates me!” With a twinkle in his blue eyes, Phil responded, “Well, you’ll be better off with him pissing from the inside out than the outside in.”

Cliff reluctantly agreed to be included on my committee. His negativity diminished as he observed other committee members expressing enthusiasm for the program and my research. He even provided some tactical feedback, and we got along better afterward. I carried the lessons from that experience into the rest of my career.

Excerpt from Once Upon an Innovation, Chapter 1

From the Inside Out

I didn’t realize it at the time, but Phil had paraphrased the colorful language that Lyndon B. Johnson used when talking about his political enemies: “Better to have them inside the tent pissin’ out than outside pissin’ in.” It stuck with me and forever changed how I approach innovation and project startups.

Anyone who’s been involved in corporate innovation knows that half the battle is coming up with a winning concept – the other half is selling it into the organization. In my naïve enthusiasm, I neglected to consider the impact of new programming on current operations. And I failed to solicit support from a key leader who could enable or derail my initiative. I was lucky to have high-level support, but I would have been wiser to develop support up the line. So what did I learn from this episode?

Phil knew that Cliff had the positional power to derail or block the program’s success. Further, he realized that getting Cliff onto my team was the best way to win his support – or at least neutralize his resistance. Even though Phil had positional power over Cliff, he knew the outcome for the organization would be much stronger if I could figure out a way to engage Cliff in the changes I was leading.

This experience shaped one of my leadership values: neutralize detractors by bringing them into the process. I have used it throughout my career when leading change and building consensus across organizations. While it seems counter-intuitive and risky to invite resisters into a change initiative, I’ve experienced some beneficial outcomes with this approach. Why?

Critical Input Strengthens Ideas – Hearing opposing points of view during the formative stage of a new product or program allows you to strengthen the concept before you hit “prime time.”

Balance the Opposition – When in a team or committee setting, the detractor’s voice will be balanced with other perspectives and become less threatening – and it’s better when other people advocate for your ideas.

Earn Respect – Showing that you respect your detractors enough to invite them into the inner circle, you might win their respect in return.

You Might Gain a New Supporter – When detractors have some vested interest in the success of a project, they may set their ill-will aside and work for it to succeed. Not always, but sometimes I’ve witnessed this approach turn adversaries into some of my strongest advocates.

Abe Lincoln, whose birthday we honor this month, expressed this value even better: “Keep your friends close and your enemies closer.”